Evernomics is the economic concept which stipulates that producers and consumers exist in the Eternity and make their decisions without time and resources constraints.

Evernomics opposes to Economics, which is the social science that studies the production, distribution, and consumption of limited goods and services by focusing on the interactions of economic agents'.

Economics postulates resources scarcity and humans limitations. Evernomics allows humans to use universal principles to extend themselves beyond artificial limits.

Humans are part of the nature and have to obey its rules. Humans learn those rules trying to replace its by their own. That makes a difference between humans and animals.

No matter how strong is humans' desire to break natural rules - most of them are very hard (if ever possible) to change. However, as our experience teaches us, some of natural rules might be bent or replaced by rules of new, better worlds (we know only 'virtual', so far).

The civilizational grow complicates human lives. Our environment becomes incomprehensible. Humans use analysis or the decomposition of this complexity to understand and to guide their experiences. This decomposition leads to fragmentation of our behavior. Everyone starts to play its own game with its own rules. It makes very difficult not only to follow but even to believe in natural, universal rules.

This ability to abstract ourselves from the reality is not a weakness - it is our strength. It allows us to be brave and to challenge the nature in its own game - building the Universe.

In this game humans are not satisfied with their insignificant position and short timing. Humans want to extend their power and their existence to the Eternity. Evernomics postulates that the drive for Eternity is the most basic of all human instincts.

Evernomics also relies on the another fundamental hypothesize - human behavior is derived from the human nature conditioned by the external environment. Geography is the destiny. Therefore, we have to be constantly and positively changing our environment to achieve immortality.

Academic studies of Earth planetary cycles are in its infancy and we can not exactly measure its duration. We only know that those cycles exist. That is the starting point for Evernomics.

There is very long way to go from Earth orbital movements, its continental drifts and climate change to trading stocks and NFTs. Moreover, prevailing scientific theories tell us that it is absolutely impossible dues to Heisenberg's uncertainty principle. Evernomics disagrees with that.

Evernomics states that humans are not Universe's physical objects, bound to obey its four main forces - they are subjects, which are capable to create their own, alternated worlds within this Universe, and to live in its. Today humans can only bent the rules hoping to break its some day. Evernomics provides the guide for those who dare to step on the path leading to the Eternity.

This guide is basic by necessity. Evernomics was born in twenty first century. It takes hundreds years to make the science. Today Evernomics is the practical methodology. Its main postulate - we can't tell the future, we can explain it - is tested from the get-go.

Explaining the future means describing the main interacting forces shaping it. It also means outlining the most probable future scenarios given the underlying cyclicity of economic events.

There are many cycle theories. Evenomics uses self-explanatory ones. One is the Generational Cycles. Another one is the Civilizational Cycle.

A human generation develops and stagnates within a very short cycle of 70 to 80 years. During this time it goes through series of sub-cycles (SVET Cycles). Civilizations (Organizational Constructs) have more prolonged life-span from hundreds to thousands years. It depends on two major factors - how early this construct begins its growth (the earlier on the civilizational time-scale - the longer is its life) and where it locates geographically.

Geography plays very important role in Evernomics as it shapes humans' and Constructs' external environment. Another important object of studies are 'feelings' or 'intuitions' about economic events and humans' reactions on those feelings.

Evernomics also pays attention to ancient civilizational symbolics and identifies its universal aspects transgressed into repeating economic actions. For example, Evernomics notes that symbols of Water, Fire, Earth and Air are closely intertwined with our four basic necessities in drinking water, food and energy. Air is not a limited resource (yet), so it associates with our social and intellectual needs.

The global ramification of this universal transgression from basic, everlasting human needs to symbols is in four main Civilizational Constructs types - those controlling trading routs, natural resource, human labor and communications. The late stage of the Generational Cycle we are living through now is characterized by the older generation dominating three major constructs actively suppressing its younger contenders.

This generational clashes happen cyclically. Although exact timing and nature of each generational fight is unclear Evernomics can build variate models on smart contracts for finite number of future scenarios and wake those models up depending on oracles' input.

Overall, Evernomics is still on its methodological - not scientific, research stage. Its goal is to accumulate practical evidence to back up its predictive power's claim statistically. Today that work is done by SVET Value through executing Evernomics based investment strategies and developing the Digital Wealth Growth smart contracts for UHNWI (ultra high net worth individuals).

Traveling interplanetary, mining asteroids, colonizing inner planets, renewing our energy sources, replacing our workforce with robotics, keeping our assets in digital form allow us, Humans, to free ourselves from the old economics constraints imposed on resources and time.

Unchangeable smart contracts preserved on immutable ledgers, which are safeguarded at multiple locations spread across the Solar System, allow us to manage our capitals at any time depending on future events and following desirable scenarios.

Evernomics allows us to influence the trajectory of the human civilization on the limitless time-scale. It assures that history becomes the productive asset and is included into the cosmic economic turnover.

It leaves Earth behind.

Its breath is Good and Evil.

It flows fast and ends as ice.

It burns us into Entropy.

Evernomics: What Is Wrong With Economics?

Economics uses its mathematical apparatus to price consumed materials and energy into a production / consumption balance without a built-in value system making it impossible for us to follow the trajectory of lives improvement. 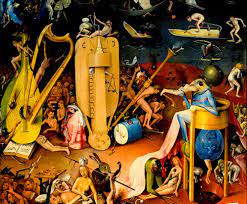 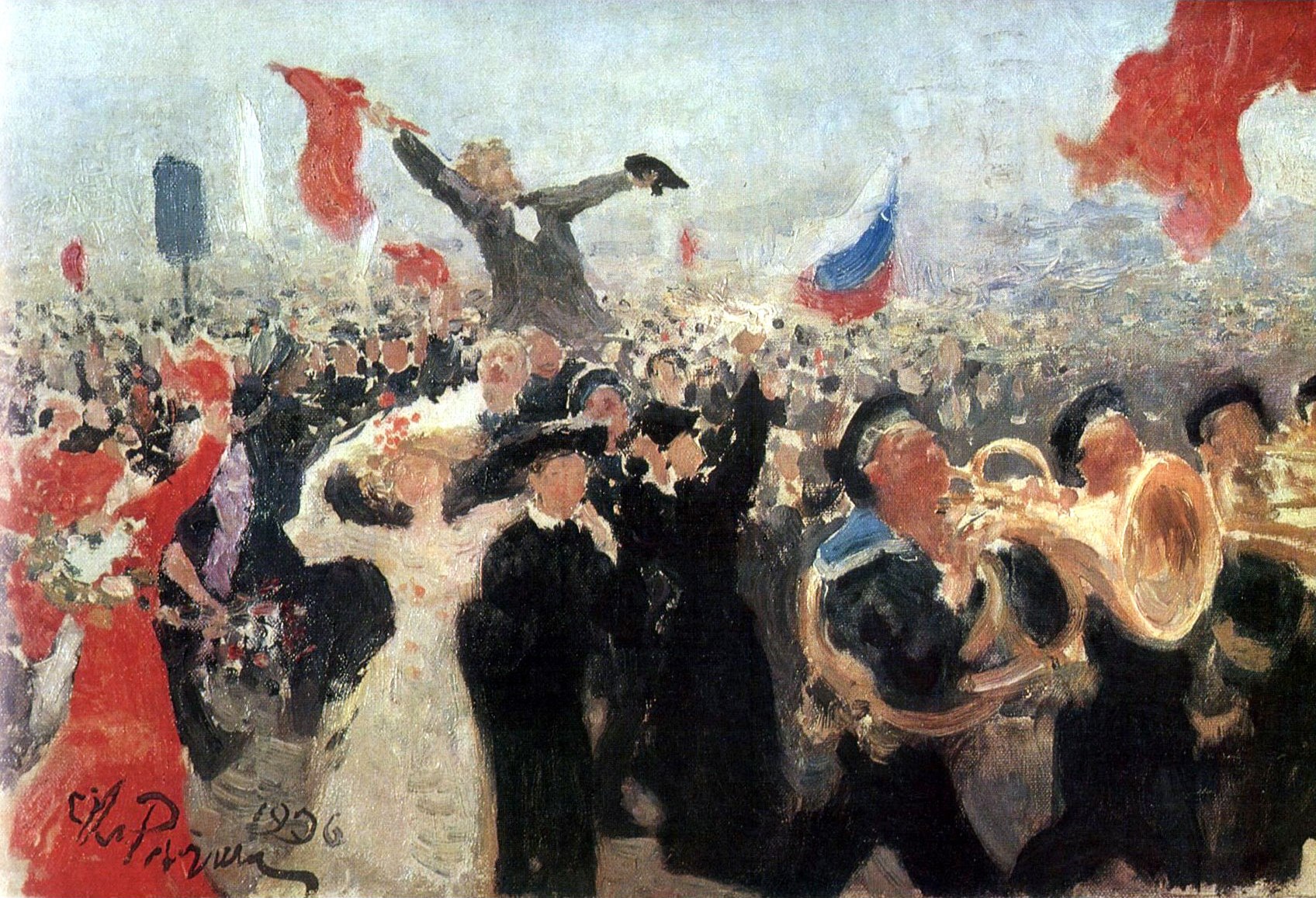 Emotions: Why Do They Matter? 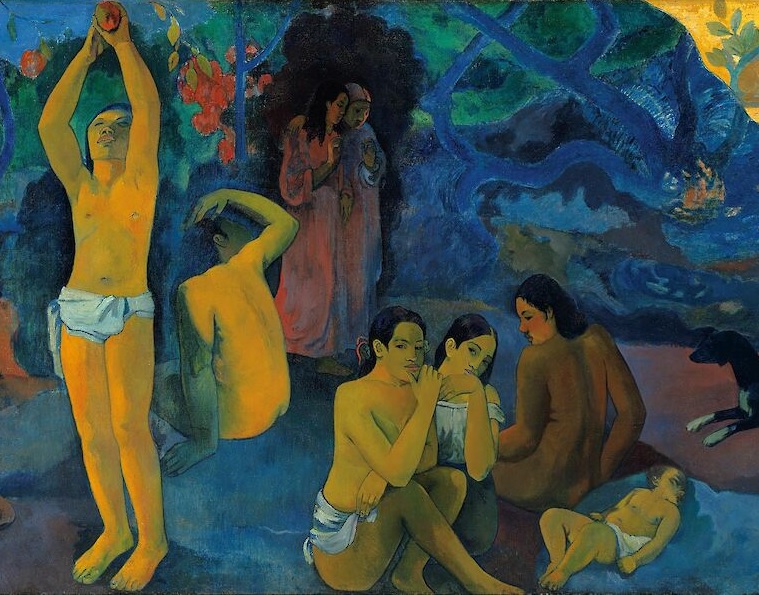 Constructs: How Do We Eternalize?

An organism, an object and an idea form a Construct described as a 'input — output — process — relation' loop. The main purpose of all beings is to live in the Eternity through self-integration into a higher level Construct.

Money: What Is Right With It?

Money, as a Medium of Time, permits us and all past and future humans to exercise our ownership rights in the Eternity. That allows Humanity to preserve our collective experiences and to influence the destiny of the Universe. 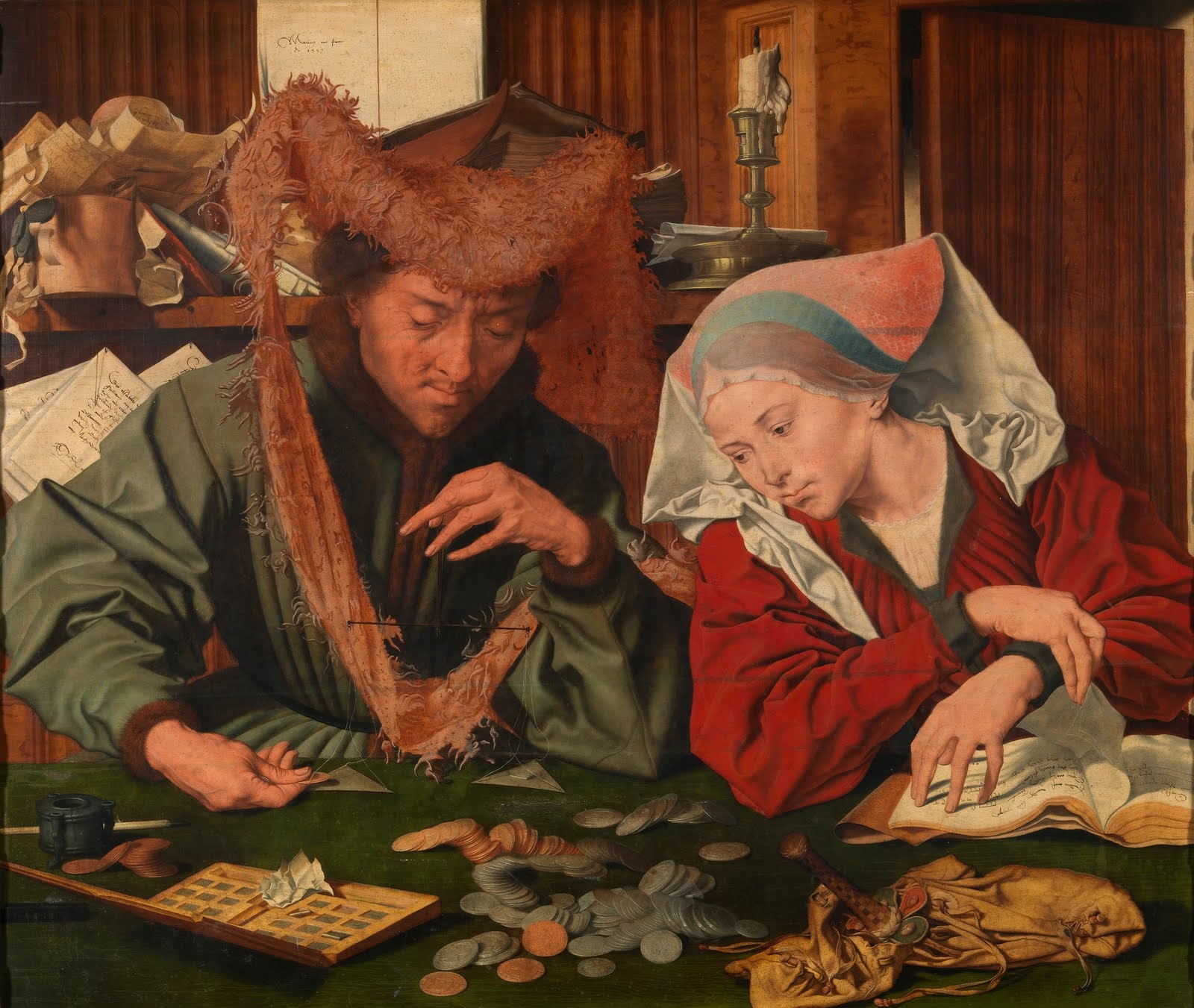 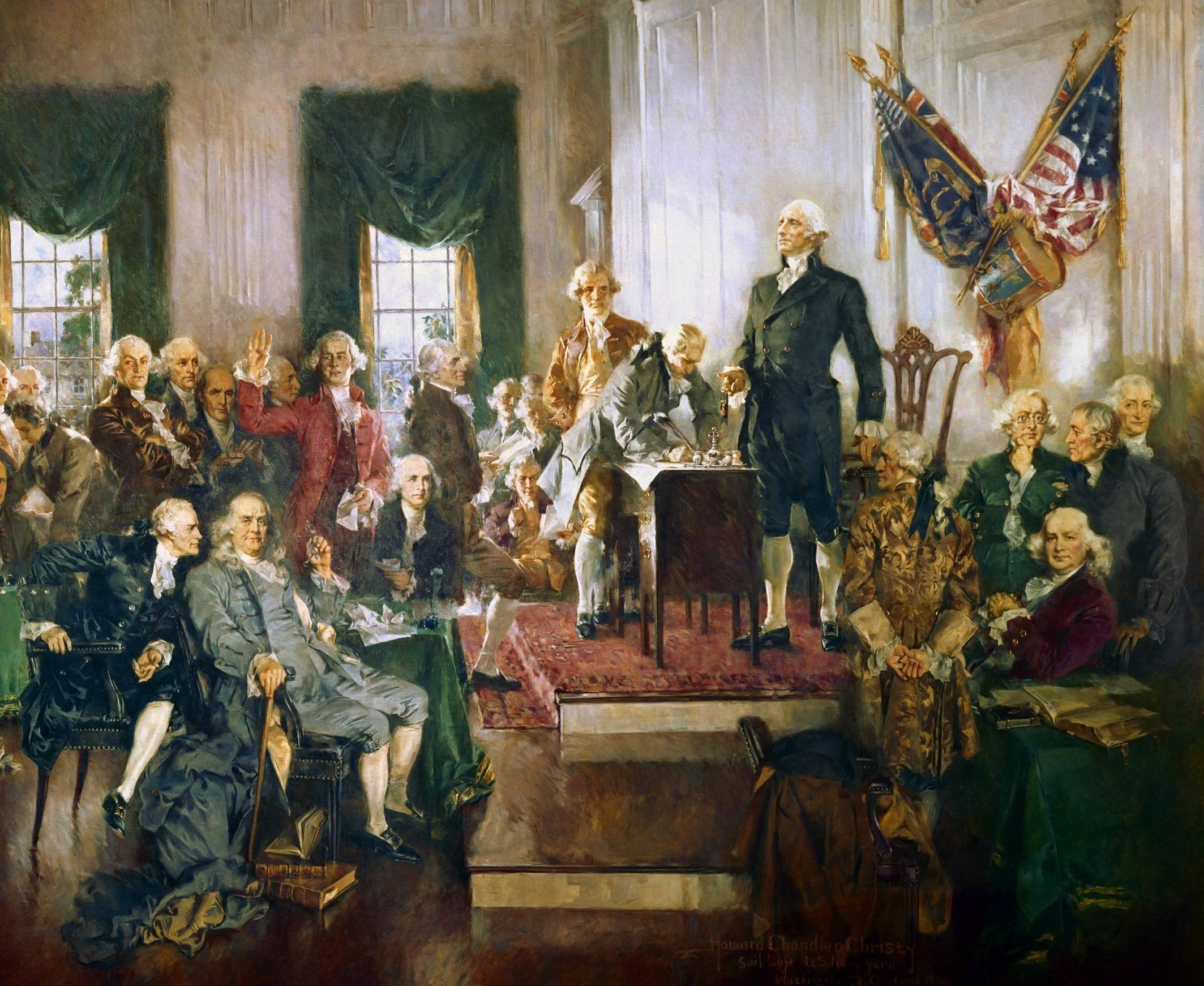 American Revolution: Why It Happened?

Major changes of socio-economic orders on all continents in the late 18th century were instigated by a cyclical generational shift.

Sociopaths: How Do We Resist?

Evernomics considers a given set of individuals characters to be the main force behind all human-driven events in the Universe, including civilizational collapses. Accordingly, it predicts that the upcoming ‘Great Divide’ will create the four major human-swarms on the planet: Systematics, Visionaries, Executives and Time-drifters. 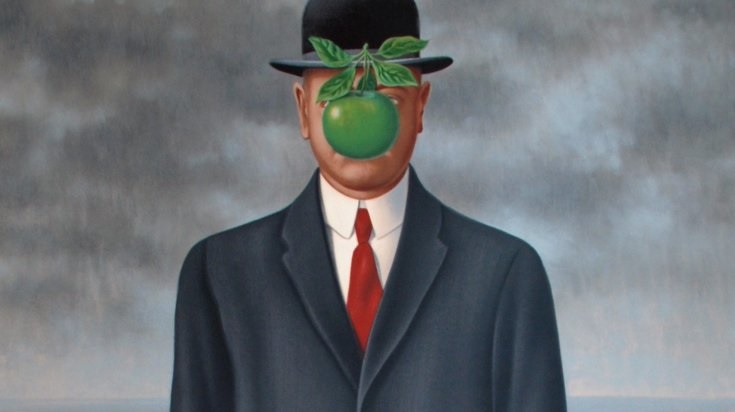 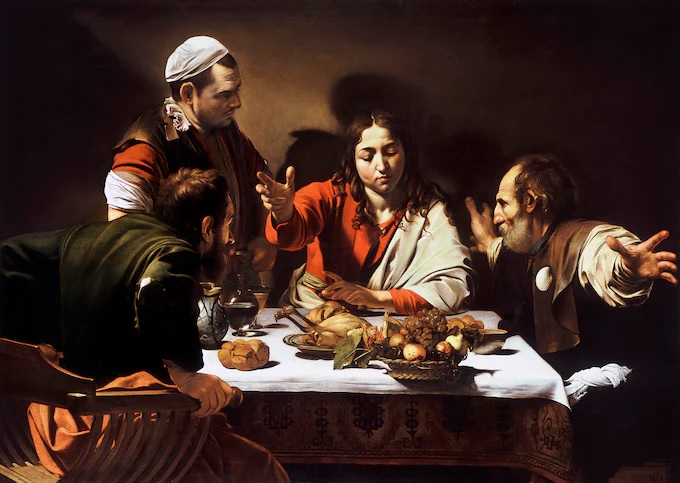 Generational Cycles: What Can We Expect?

Despite their social homogeneity the preceding generation always tries to push the older one out of power.

Wars: How Do We Avoid It?

A war leads to an annihilation of competing Constructs. That must be subverted by preventing Institutional Constructs from reaching the apocalyptic saturation stage. 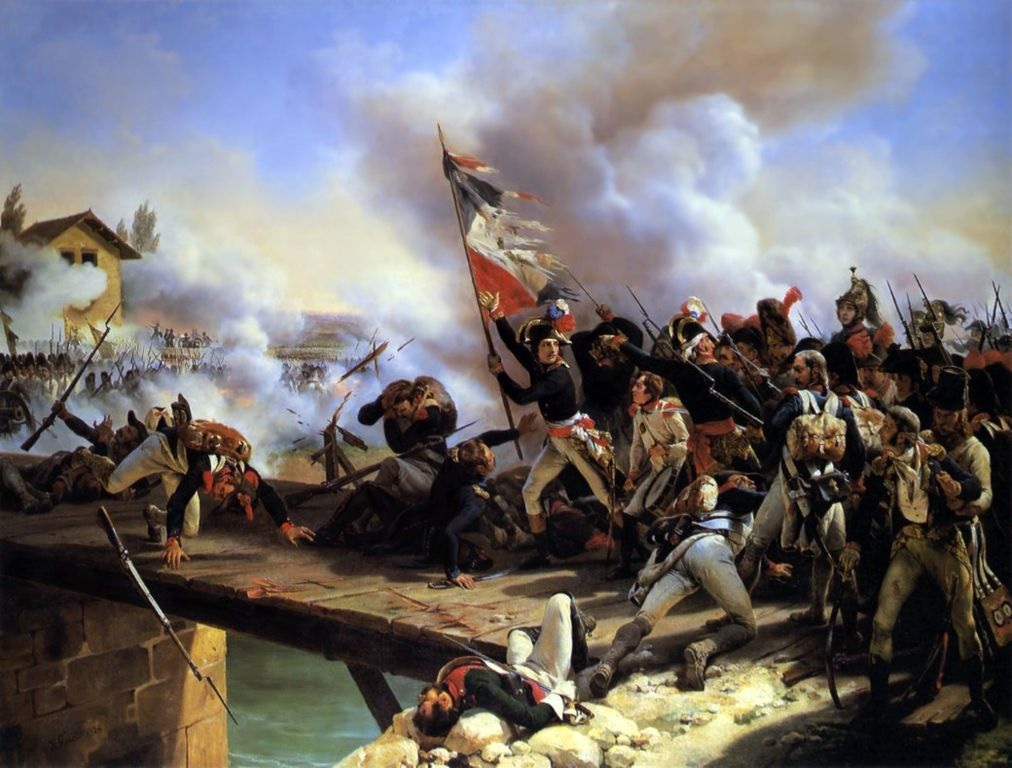 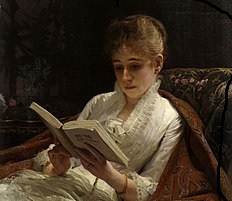 More than several times I have been addressed by questions like What do you recommend to read on Economics? and How to better understand Blockchain / Crypto?. Also, I've noticed that the same set of questions just keep repeating itself, regardless of how many compendiums, references, wikis, dictionaries etc were already published on those subjects. So, I thought that it might be easier to publish the Must To Read List of my own and then to refer all my readers to its.